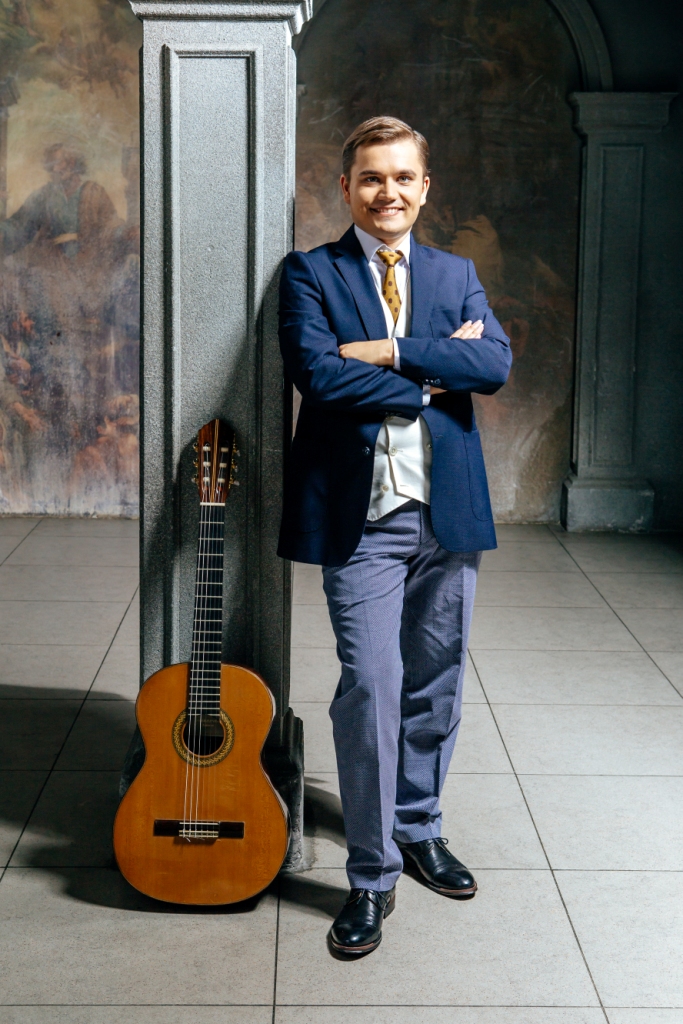 Dmitry Borodaev (Moscow) - russian guitarist and composer, president of Moscow international association of guitar art, member of the Moscow Union of composers.
He learned to play classical guitar in Moscow, the honored worker of arts of Russia, Professor Natalia Ivanova-Kramskaya at the school at the Moscow Conservatory and the State specialized Institute of arts. Then he entered the Moscow state Conservatory. P. I. Tchaikovsky in the class of Professor Vladislav Agafonnikov on a speciality "composition", graduated from the Conservatory in 2014 with honors and a post-graduate of the Conservatory in 2016.
Laureate of international competitions of performers on classical guitar
in Bulgaria, Germany, Russia and Ukraine.
The winner of the Moscow composers ' competition "Andalusian wind" (2007).
Tours of a musician took place in the cities of Russia from Kaliningrad to Vladivostok, as well as the concert halls of Ukraine, Armenia, Kazakhstan, Bulgaria, Germany and Spain. Collaborated with such ensembles as the Russian state Symphony orchestra of cinematography, Symphony orchestra of the Primorsky Opera and ballet theatre "Russian Opera house", the Omsk academic Symphony orchestra, orchestra "Novaya Rossiya" (art. dir.Yuri Bashmet), the Moscow state academic symphonic orchestra of Pavel Kogan, etc.
In 2005 he was awarded the Gold medal of saints Cyril and Methodius for    contribution to the guitar performing art in Russia.
Laureate of the Moscow Government in the nomination "the Best young specialist in the sphere of culture 2014".
The first prize and the audience award at the VI All-Russian competition of young composers for the best composition for organ (Moscow, 2015).
Grand Prix of the International contest-festival of musical heritage and contemporary composers "Tchaikovsky-the legacy" (Moscow-Podolsk, 2015).
In 2017 Dmitry took part as composer in the international festival «Hearing China» in Shanghai with «Dragon-boat» fantasy for pipa & orchestra.
From 2016 - the head of the city methodological center in the direction of "guitar" Directorate of educational programs in the sphere of culture and art in Moscow.
Dmitry is a teacher at the Moscow Conservatory named Peter Tchaikovsky and music school named composer Kirill Molchanov. Dmitri's students won many times at national and international classical guitar competitions, became winners of the Vladimir Spivakov Foundation, received grants from the Moscow government, as the most talented young guitarists of Russia.